It's Good to Have Friends in Low Places​
Alicia Cusimano, of Marshfield, VT,  creates beautiful fired and finished clay toad abodes for the garden that are more than just pretty objects.  They help attract creatures that eat the pests that gardeners love to hate. Nearing 89 years old, Alicia, exposed to the art world at a young age, only recently began this rewarding and absorbing work, and things are hopping for her.  She's having her own show in August at the Blinking Light Gallery..
Check out her interesting story here.   ​

​​Prior to their first concert at The Flying Stagein Barre, Vermont, I had the pleasure of doing a profile piece in The (Montpelier) Bridge about the band "Dwight & Nicole," featuring Dwight Richter and Nicole Nelson and a rotation of their favorite back-up performers who often round out a show. (Photo left by Andrew Cleak.) They've been tagged of late in the music biz as a "powerhouse" act.

Fans of NBC-TV's "THE VOICE" may remember Nicole turning the celeb judge's heads on Season Three,when she made it to the ranks of finalist.  The pair moved to Burlington, Vermont, a few years back and we should give thanks they did. They're still on the road a lot. But they love to play closer to home when they can.

Musically speaking, Dwight & Nicole are masters of emotional intelligence and genre mixology. They put stuff on your musical plate you've never tried before and then can't wait to taste again. Slather on heart-stopping vocals, cunning instrumental flourishes, gale force sensuality and the generosity of spirit they bring to a performance.

I wasn't the first and won't be the last to swerve into Thea Alvin'sdriveway off Rt. 100 in Morrisville to get a closer look at what's standing in her front yard. Her arresting fieldstone sculpture draws gapers. To say nothing of what an invited visitor may see in her back yard, where rusted old bicycle carcasses hang in a tree like offerings to some pagan god of wheeled contraptions. (It's just a whimsical art concept.) The most publicly visible sculpture out front is one continuous, sinuous helix of stacked rocks, tailing off at each end. Broadside you get a sense of something creaturely, more mythical than mineral  At any given angle, you'll see an abstract composition to please any frame.

As friends and family who drive with me know, I brake for stone walls (Please!) and cunning stone landscape features. And handsome stone architectural elements. And the odd striking boulder in a field.

I've attempted over the years to bend piles of fieldstone to my artistic will.  I never got very far.  But I still love rocks, and I deeply admire stonemasons who master the tango between the forces of gravity and the graceful forms that resist it. A day came when I was finally able to chat with Thea and snap her picture, above left. The shot below it is a much better (and better lit) portrait by Michael Clookey.

Thea teaches stone masonry and she's sometimes for hire to do work either decorative or architectural.  If one day you decide you want a cute little homeowner-sized stone chapel built in your backyard, she's your girl. That is, if she feels like it. Thea does this kind of work as the spirit moves her.

I'm in flat-out awe of Thea's work. So, apparently, is Oprah Winfrey. When we chatted, Thea confided that O's crew was due there two days hence to film a segment about her work. For me, the segment disappointed.  It barely grazed Thea's genius.  But Thea was already a rock star. She inspired the reflective piece "Rock, Gravity and Friction" on my blog which is undergoing an overhaul at the moment.

But for fine writing about rocks, I bow all  the way to the ground to Vermont sculptor and stonemason Dan Snow. Dan's first book, In the Company of Stone, is a deeply satisfying collection of contemplative essays paired with photos of his work. It's not a how-to book. It's more of a "how come" book by an artist-philosopher of the first order. The very act of reading of his meditations somehow wonderfully calms, orders and beautifies the mind.  No wonder he can turn a pile of rubble into art.
​

Once upon a time when William "Bill" Mares served as a state legislator in Montpelier, I needed a photo for a story I was writing about LEG.BILL, the state's first roll-out of an online legislative bill tracking system.  I asked Rep. Mares if he might strike a pose for the purpose. As both a legislator and the then-recent co-author of the book Real Vermonters Don't Milk Goats (with Frank Bryan), Bill seemed possessed of the right spirit of playfulness and seriosity about Vermont current affairs. You can see more about that photo sessionhere.)  Many today know citizen Bill Mares variously as an author, professor, Vermont Public Radio commentator and passionate beekeeper.  A recent event brought Bill zinging back from the past.

While browsing in a used book store, I chanced on a paperback unknown to me titled, Passing Brave, published in 1973.  It was authored by two Americans who'd completed a grueling,1,200-mile trip across the harsh Arabian desert on less than cooperative camels. (And really. Why SHOULD they cooperate?)  The pair set out to experience and write about the last vestiges of nomadic Bedouin tribal culture.

The book was written by esteemed Middle East expert William R. Polk and his Harvard-trained journalist/photographer sidekick, one William J. Mares, who some years later kindly posed for the LEG.BILL story. Who knew. The men's arduous trek offered a curator's eye view of a near-vanished way of life. But it also presciently chronicled the ways in which ingrained tribal habits of decorum and territorial ferocity could color modern Arab politics.  An intriguing desert adventure that should be dusted off for new readers.
​*   *   *

Many public sector jobs today require nothing short of daily, lion-hearted dedication, and ever-fewer numbers of good people are sticking around in those jobs. Nationally, younger teachers are quitting in droves. Katy Farber, of Middlesex, Vermont, has broadcast an idea for keeping quality educators in the system.  She advocates for pairing a novice teacher with a well-regarded veteran teacher to form a supportive, encouraging relationship. Combining her own experience as a young teacher and the research of others, she wrote a book called Why Great Teachers Quit and How We Can Stop the Exodus.  An interview in the Huffington Postlays out some of her ideas. Katy speaks in a clear and unpretentious voice in educational arenas all too often laden with pomposity and academic lingo better suited to grant applications. Noble work.

The image called "Diamond Dusk" is by Peter Arthur.I first saw it on the cover of Vermont Life Magazine and I'm still enchanted with it.  Something about those ephemeral crystalline forms etched against the dimming of the day. The image also either wonderfully takes your mind off global warming, or, if you're a Vermonter, can suggest a drippy-eaved, half-hearted winter such as we're having now.
​

It's noteworthy, as I found out, that Peter is a hold-out master of black-and-white film photography - an endangered species.  A man with an "ever-loving analog heart," he's a pleasantly grumpy, don't-get-me-started guy when it comes to the culture of "purdy" digital photography. His website contains some fine crabbing in this vein and many others.

I'm glad to find someone just as crabby as I am about the poor design features of manual settings on many breakout digital SLR's. I finally upped my command of my camera's dashboard. But, I am also not afraid to let my big strong camera handle some of the heavy, digi-geeky decision-making it was built to do for me.  And, I am regularly indebted to what Peter calls "Photo-slop" for saving my ASA.

Peter worked professionally throughout the U.S. and Europe for 25 years, frequently as a glossy magazine photographer with a specialty in automotive images. He's both a committed gearhead and environmentalist. Now there's a pairing you don't often see.  His work deftly exposes his captivation with shiny auto parts. Getting the bright stuff to pop in black-and-white film without losing the gradations of grays and blacks takes exceptional skill.  His framing eye, too, is splendid. Peter Arthur is the Ansel Adams of chrome.
*   *   *

Who ever thought up jellyfish? Who ever thought up humans, the jellies may ruefully ask from the confines of a man-made tank. In this beautiful snap by my step-daughter Jessica  of her son at the Vancouver, B.C. Aquarium, each species ponders the visible peculiarities of the other.

This past year I've had the great pleasure to interview a series of performers and others serving up events at the Flying Stage in Barre, VT, with an aim to providing engaging perspectives and interesting one-on-one's with the artists.  Here's the Latest:

MadMan3: Nothing "Insane" Here But the Music - a talk with creators of edgy, eclectic electronica. 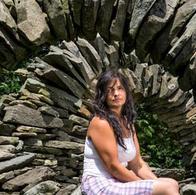 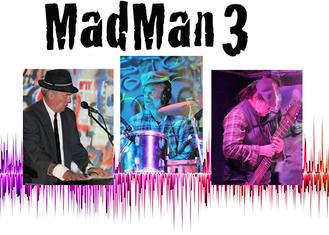 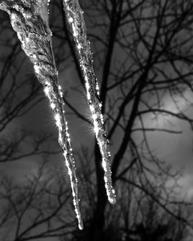 You know how a cat may leave what she considers an especially choice, partially devoured morsel of some creature on your pillow? Or how a bee, back from scouting the fields, does a sweet little dance for his hive mates, directing them to the precise location of a honeypot of pollen?  This page is the human equivalent of that same primal duty to share a good thing when you find it.  I'm lucky and grateful that my writing work and general snooping around brings me in contact with so many accomplished, creative people.  They amaze and cheer me.  Here I share a little more intel about them with you.  ​Have a sniff around.